Lord Chaitanya together with his devotees celebrated many different holidays and festivals. Every year devotees from Bengal so desired to elevate their consciousness by communicating with the Lord, that they  walked 500 kilometers to the very heart of Jagannatha Puri and participated in Rathajatra Festival. 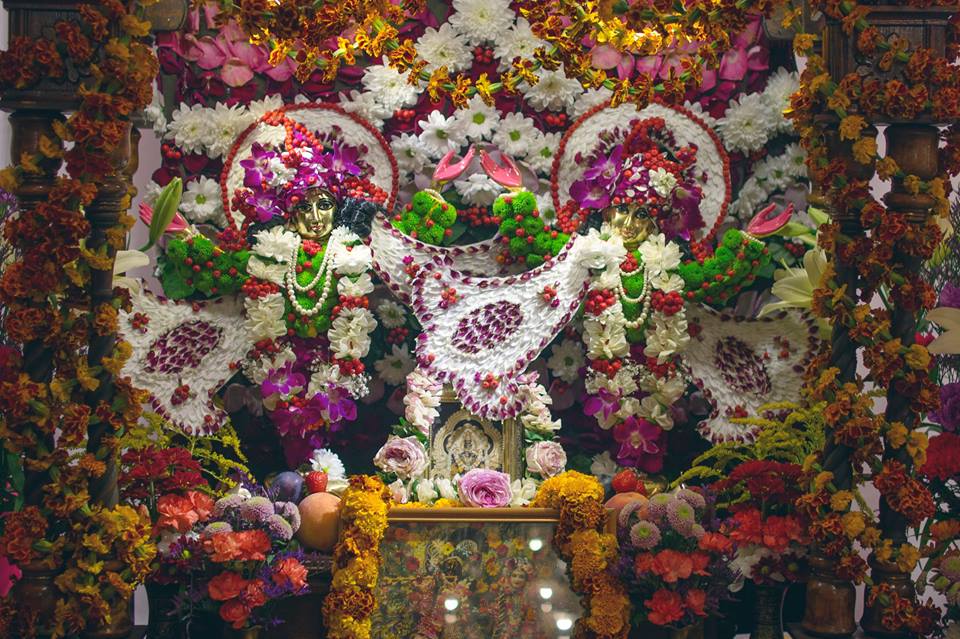 So far, it remained the custom that a devotees from other towns are invited to the festivals or that they themselves are spontaneously coming to the spiritual festivals. This is the parampara, this tradition is followed even from Lord Caitanya times.

Vaisnava holidays in particular are designated to praise the Lord, to satisfy him and compleately devote ourselves to him. Usually modern vaisnava festivals consist of several canonical elements: the Lord’s praise with songs and sacred names, with the stories about the Lord, by honoring spiritualized food – prasadam. Remarkably, the true Vaishnavas  do in on a daily basis even though it is not always the mass event. Our spiritual master A.C. Bhaktivedanta Swami Prabhupada used to say – if I had the money I would make great Hare Krishna festivals each day. On different holidays songs, stories and prasadam honoring can be with the other sanctification elements, such as the deity worship, sacrifice, abstinence from certain things (fasting), various ritual performance, a concert or a cultural program, which is carried out by acting spiritual themes and stories. In short, the promoters can have a lot of creative imagination.

Currently, in Lithuania occures a number of Hare Krishna holidays, festivals and events. It is even difficult to visit all of them. Some are hel outside of the temple, because we simply can not fit. Below are listed the major holidays and where they are usually held:

Nrisimha Chaturdasi – Lord Nrisimha appearance day. It takes place in May, mostly in the temple.

Nirjala Pandava Ekadasi – takes place in June. It is in the temple.

Padayatra festival – tour of Lithuania, the public singing of the Holy Names. Ordinarily it takes place in June.

Baltic Vaishnava Summer Festival – International Vaishnava communication and inspiration festival, takes place in the second half of the summer mainly somewhere in the country.

Balarama appearance day – ordinarily is held in the temple.

Radhashtami – Srimati Radharani appearance day. It takes place in September, in the temple.

Vamana Dvadaši – Vamanadeva appearance day. It takes place in September, in the temple.

Govardhana and Go puja – the glorification of Govardhana hill and cows. It takes place in October in the temple.

New mention – is celebrated in the temple.

Vaishnava Baltic Winter Festival – International Vaishnava communication and įsikvėpimo festival takes place in the second half of the winter in the wild in the recreation center.

Advaita Acarya irregularity – Going in January, February, in the temple.

It is also celebrated:

Acharya and spiritual teachers coming and going daily.
Ekadasi day during which fasting.. It takes place in May, mostly in the temple.

If you have found a spelling error, please, notify us by selecting that text and pressing Ctrl+Enter.

The following text will be sent to our editors: